We have partnered with Klarna Finance to offer you an excellent range of Finance Options. Simply click this link or use the calculator under the product price! 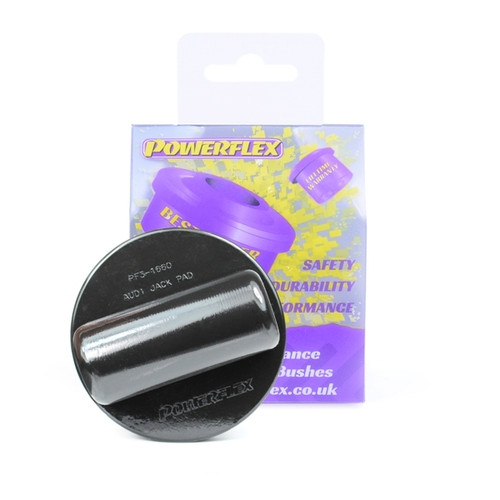 PF3-1660 is a polyurethane jack pad to fit into the plastic lifting points found on a large number of performance Audi vehicles and is designed to help lift stability and location, whilst protecting the underside of your vehicle.

Yes we do, to anywhere in the world though remember the postage is often high when shipping anything bulky. Most bulky items we export will go by UKMail so you can track the package online and could reach america within 48 hours providing its in stock !

There are a few countries we do not ship to, some of these include: Thailand, Malaysia, Indonesia, Yugoslavia, Romania, Croatia, Hungary, Slovakia, Slovenia, Russia, Nigeria, Macedonia, Singapore, Bulgaria, Ukraine, Lebanon and Lithuania.

For both yours and our safety we use well known couriers such as UKMail for shipping, then we know exactly where it is in the world at any time and we know its going to arrive safely. Shipping small items can be cheap, but items such as bodykits are expensive to ship - we have a very small margin on the postage fees merely to cover packaging. We can now ship using standard post on some items, however using all methods you may incur import charges when you receive the goods for which we cant be responsible for.